Do you ever wonder how or why you develop an interest in a hobby, a sport, or if your parents or friends were possibly the inspiration of your career?

I just sent a letter to the Editor of the Syracuse Post-Standard today, as it occurred to me that my love for writing was likely inspired by my mother, whose writing was inspired by a man named Dick Case. Dick was a columnist for decades at The Syracuse Newspapers, and passed away recently. In a story about his passing, the reporter asked readers to share a favorite column that Dick Case wrote. Instead, I sent a tribute piece to the editor. Here it is:

There are simply too many wonderful columns that Dick Case wrote over the years, so instead, I wanted to share a memory.
My mother, Jackie Coley, was a columnist at The Herald-Journal/Post Standard for 2 decades, and joyfully wrote the “Social Notebook” column. 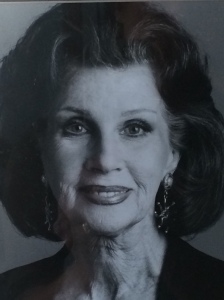 Jackie felt truly humbled to be in the ranks of reporters, editors, sports guys and columnists like Dick Case, Brohmann Roth (and his daughter Anne), Don Pickard, Bob Haggart, Sean Kirst, Lois Vosburgh, Arnie Burdick, Pat Spadafore, Stan Linhorst, Hart Seeley, Margie Chetney, and Bud Poliquin, to name a very few.  There were so many other reporters and columnists that she would mention to me during my childhood, so forgive my memory lapse, but I’m hoping I have most of them listed.
And, oh, the articles and columnists’ clippings she would cut – so many of them – especially from Dick Case. Mom would even make a trip up to the Fayetteville Free Library to make photocopies of them – for preservation’s sake, and to place them on the kitchen table for all to view in passing.
Jackie said she never took herself too seriously as a journalist, yet she worked very hard to produce a column that was informative, enjoyable to read and beneficial to the charities in Central New York.
She mentioned that Dick and the aforementioned colleagues were “A-listers,” and they would often run into one another from time to time upstairs in the large white building in Downtown Syracuse (and so beautifully decorated during the holidays).

(Photo by John Berry)
She thought the Herald-Journal and Post-Standard staff were just “tolerating” her. After all, she got paid to attend parties and write about them, a common mis-conception about what her column was really all about.

My most vivid memory is that one day, probably 1990-something – Jackie called me and was simply ecstatic. She said that Dick Case paid her a compliment on a recent column, and that his genuine and heartfelt words to her “was like winning a Pulitzer Prize!”  She went on to say that he was always gracious to her, a valuable trait that she always wanted to see in others.  Now, Jackie and Dick did have a common thread – she was a child of Skunk City, and Dick wrote a column or two about the area, which happily struck many sentimental nerves – especially with the Irish-American community.

Mom considered Dick Case the “Dean of Columnists” in Central New York, and he was the very essence of who a journalist should be. She also felt that Dick inspired her to do her homework carefully, making sure every name and detail were accurate.
I’m quite confident Jackie Coley is introducing Dick Case to all in Heaven, and perhaps they are sharing the news of what a wonderful place Central New York is.

I'm a “veteran” Broadcast producer as well as a former high school and collegiate swimmer who still loves to write. I hope to inspire others to stay afloat in this often turbulent water while enjoying some new challenges in my middle age. View all posts by sinkorswim204

“The water doesn’t know your age.”